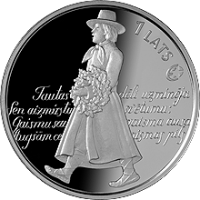 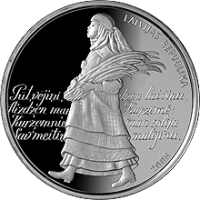 The Latvian Song Festival has survived like a rare cultural gem, largely untouched by the market economy and popular culture. Latvians have survived through wars and repression, and the spirit of singing has saved the nation again and again. In Latvia whose independence was restored as a result of the Singing Revolution, the miracle of the Song Festival manifests itself in the street procession of tens of thousands of participants, the "wars of songs" and whirls of dances lasting for days, and in joyful nights spent singing and dancing offstage. The Song Festival tends to move people to tears and makes them contemplate eternal values.
За период с 2012-12-29 по 2022-01-19 монета подорожала на 26%