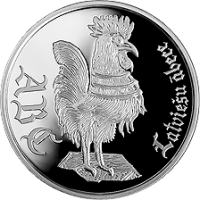 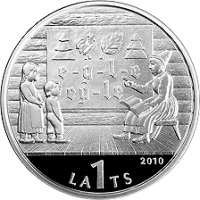 To pay its respects to the history of Latvian learning, the Bank of Latvia dedicates a coin to the ABC book, the reverse of which features the rooster from the oldest known Latvian ABC book.
За период с 2012-12-29 по 2023-02-04 монета подорожала на 40%