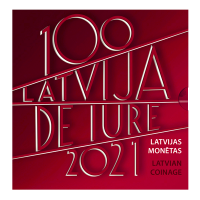 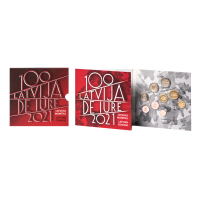 World War I brought fundamental changes to the political map of Europe. Several new states were established, including the Republic of Latvia which was proclaimed in Riga on 18 November 1918. This date is embedded in the nation's historical consciousness as Latvia's birthday. However, the War of Independence continued in Latvia. In 1920, the Latvian Government gained full control over the entire territory of Latvia. From then on, intensive diplomatic efforts to attain Latvia's international de iure recognition were launched.
On 26 January 1921, at 5 p.m., the Supreme Council of Allied Powers in Paris notified the Latvian delegation that Latvia had received the international de iure recognition. This granted Latvia the status of a subject of international law and opened the door for Latvia to enter the League of Nations. Latvians have always remained united by their sense of nationhood, love for their homeland, and the national anthem "God Bless Latvia!"; during the years of the Soviet and Nazi occupation, the legal continuity of the Latvian statehood was preserved by Latvia's diplomats in the Western countries. The restoration of Latvia's independence and further strengthening of its statehood is an achievement confirming that Latvia's de iure recognition is irrevocable. Happy anniversary to Latvia!