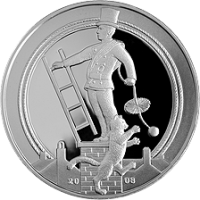 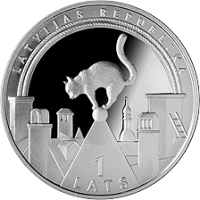 With its new coin, the Bank of Latvia aims to start a new tradition. As it is not so easy anymore to meet a chimney-sweep on everyday basis, we can rub this coin featuring the sooty man proudly poised on the chimney-top surveying the city, with a cat, that tireless roof-roamer, and a sweeping wind his only companions. If you believe in miracles, the lucky button trick should work: bring good fortune to your home, and fulfil all your secret desires.
За период с 2012-12-29 по 2022-03-28 монета подорожала на 30%