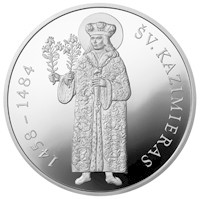 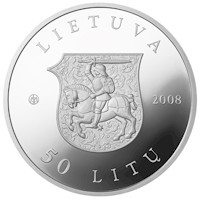 The obverse of the coin carries an image of the Coat of Arms of the Republic of Lithuania (Vytis) in the centre, a stylized version from the 15th c. The inscriptions LIETUVA, 50 LITŲ and 2008 are depicted in a semicircle around it.

The reverse of the coin has an image of St. Casimir. The inscriptions 1458–1484 and ŠV. KAZIMIERAS (St. Casimir) are arranged in a semicircle.