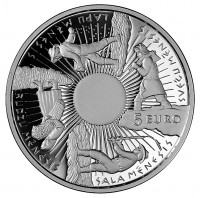 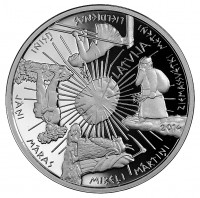 The seasons have also been a source of concern and problems for people. How to keep warm in winter? Is there a danger of flooding this spring? Will the crops survive the sweltering sun of the summer? Is there a possibility of major storms in the fall? The symphony of seasons is at the same time a magnificent ode to joy and an inexhaustible source of inspiration. Now we are reminded of these also by this Latvian euro collector coin.
За период с 2014-11-11 по 2022-01-19 монета подорожала на 25%